“There are many small examples of where the work I normally do must be lauded when transferred to my husband. It seems like a small annoyance, but its significance looms larger”  ~Gemma Hartley

This article really touches on an important and overlooked issue. An issue that if properly addressed instead of attacked, could really help relationships (those applicable) achieve more peace. The Author’s explanations and insight are on point, and I love that she does so with respect and understanding toward men (not to say she does so perfectly.) This is not about the character of men, It’s about women desperately needing and requesting a partnership with the men in their lives. Lets not make it a battle, and instead try to understand the needs of one another in their reality and not in ways that are self-serving and/or “easy.” Emotional labor is a very real and misunderdtood thing. Nag, Crazy, PMSing, bitchy, controlling, the famous hysterical, and more, are all words that women have been and are labeled with when they are simply no longer able to cope with doing too much on their own. Be her ally, try to understand, and work toward a true partnership, and I believe any good woman will do the same for you.

This question is being asked a lot, by both men and women, and it completely perplexes me that it even needs to be asked. However, I suppose the fact that it is indeed asked, is part of the very reason right there; not enough people realize that we have not come as far as we think we have in terms of gender equality.

Aside from politics and wage issues please just look at your own life; are you really treated as an equal by your male colleagues, your husband, father, friends, brothers, etc. truly equal? If you are (by all of those that apply) then you are very fortunate and I applaud you. However, the majority of women cannot get through that list and count themselves as fortunate. What makes it worse, is that many, possibly even most, of these people believe they do treat the women in their lives as equals. We don’t examine our behavior and/or hold ourselves accountable. People use words like “feminists!” and “crazy women!” like they are dirty words, and it devalues real issues.

Remember there are extremists in every group, religion, and sect. etc. I acknowledge that there are women who take advantage, or who themselves do not want to be treated as equals; and that there are men who are not like this, who truly value women and treat them as an equal.
But please be certain before you take the credit.

One of the biggest arguments I hear is some variation of this “you can’t do equal work, because it’s a fact that by nature women are not as strong as men.” This could apply at home or work. This statement is extremely naive. The people making it are mistaking gender sameness with gender equality. Woman are not fighting so that they can be treated/viewed like men, they are fighting for the same rights and privileges as men. Maybe there are some women who are, but not all of us. Nobody should be hired for a job they physically or mentally cannot do, male OR female, but their sex itself should not be the reason. There are women who happen to be stronger than the average man, and there are men who happen to be weaker than the average woman. So, if a person is not fit for a job, they should not get that job, but if they are and do, then they should be paid the same and given the same opportunities whether male or female…

The second biggest anti-equality comment I hear is some variation of “women are just complaining, they want to be treated “equally” but they still want guys to pay for dates and open doors for them, and only guys aren’t supposed to hit girls… That’s not equality…” This confuses me even more. When did treating someone with dignity, respect, and/or love, to be kind or affectionate, get confused with equality. Would you hold a door open for an elderly man, but then say “since I did that I am that persons superior, and they do not deserve to be treated as my equal..?” I personally have held open doors for men for one reason or another, this is something that should not be “expected” but merely appreciated when anyone does it. When it comes to assault, assault is assault and is treated so in court, not just when a man hits a woman. No one should ever hit anyone I hope women will start to understand this as well. So, If you don’t want to pay for a woman’s meal, or hold a door open for her, or help her when she can’t lift something you can, then simply don’t… It means more anyway when the gesture comes from someone who is being genuine.

These are some of the gender bias’ and assumptions that women are trying to be free of. Men have them too, and I hope they can break away from them as well. I believe people should also stand up against male gender assumptions and bias’, and that we would be a better society for it. The fight for women’s equality is real and valid. Hopefully more people will start to open their minds more and not just see the fight solely as an extremist feminist battleground.

We all have individualized strengths, weakness’, and needs; and what job we do, what sort of family dynamic we do or don’t choose, and/or the relationship roles we take on, should all reflect those individual characteristics.

It’s about WHO you are not what you are.
~AbbieLu

For those who choose it, being a parent is a blessing, and most Moms are willing to make sacrifices to be a good one (though it’s normal to try and fail.) However, not getting regular breaks, makes a person less successful, not more successful. So, I would ask the question “Why is it that if a Mom does want/need to work and/or wants/needs to spend time alone reconnecting with herself or her friends, she (more often than not) has to stress and jump through hoops (that usually make it not worth it, if not impossible) but it’s automatically assumed that a father is intitled to these things, and carried out without thought, stress, or hoops..?
~AbbieLu

In honor of his birthday January 15th and the celebration of MLK day:

Via Goodreads: King scholar Clayborne Carson has constructed a remarkable first-person account of Dr. King’s extraordinary life. Beginning with his boyhood, the book portrays King’s education as a minister, his ascendancy as a leader of the Montgomery bus boycott, his pivotal role in the civil rights demonstrations in Washington, D.C.

This is a great book if you want a deeper level of understanding of Dr. King’s spirit, and his intentions in the Civil Rights Movement.

Faith is taking the first step even when you don’t see the whole staircase.

The Autobiography of Martin Luther King, Jr.
Via Goodreads: King scholar Clayborne Carson has constructed a remarkable first-person account of Dr. King’s extraordinary life. Beginning with his boyhood, the book portrays King’s education as a minister, his ascendancy as a leader of the Montgomery bus boycott, his pivotal role in the civil rights demonstrations in Washington, D.C.
Rated: 4.6 on amazon.com

This is a great book if you want a deeper level of understanding of Dr. King’s spirit, and his intentions in the Civil Rights Movement. 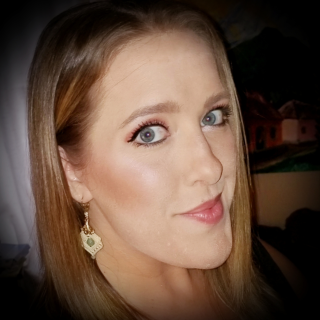